You’ve been told a time and a place to be…

You arrive and are stripped of your clothes and possessions and shuffled onto a blacked out bus; you reach an unknown destination and are pushed into crowds of prisoners to be ridiculed and mocked. Do you have your library card? You’re going to need it. With the sale of the ever popular secret cinema tickets going on sale last week we thought we would show you how Festival in a Box can help you to create your own immersive secret events. But first, lets talk about some of our favourite examples from others doing it really well too.

Tell no one! Secret Cinema debuted in 2007, immersing audiences into the world of film as characters rather than spectators. Since conception, Secret Cinema has grown into hotels and restaurants, allowing participants to inject an extra dose of spontaneity and theatrics to their immersive experience. Their last production, Terry Gilliam’s Brazil, attracted huge numbers of people during its five week run. Audiences, with the film still unknown, were invited to a specially built social networking site to connect with other ticket holders and be given an ‘employment identity’ too.

This time, Wes Anderson’s ‘The Grand Budapest Hotel’ film isn’t a secret but promises to be the most immersive yet! For tickets visit the Secret Cinema website.

Last summer saw the first production of Secret Music with Laura Marling. An unused mansion house in Hackney was transformed into the glamorous Grand Eagle Hotel set in the year 1927 and guests invited to the black tie ball experienced all the hotel had to offer including the Secret Restaurant, under the lead of Exmouth Market’s Moro, The Old Beast Bar, a billiards room and a library. Live music was performed throughout the evening, ending in a stunning live performance by Laura Marling.

Step through a wardrobe and push past coats to happen upon your musician performing an intimate gig. Follow a mysterious character to a clearing in the woods where fire performers enthral. Stumble upon beach hut with it’s alcoholic treats. At Festival in a Box we love the element of surprise. 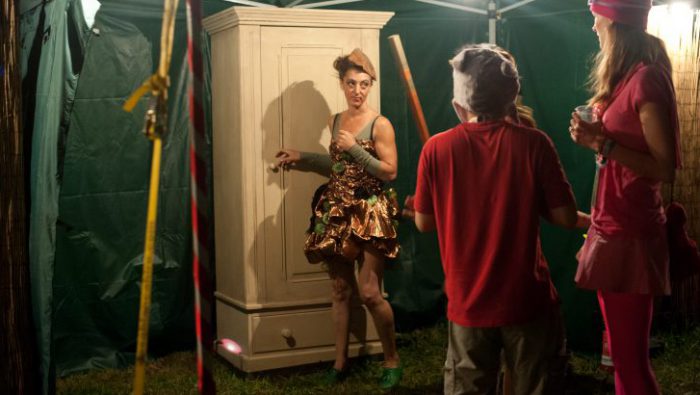 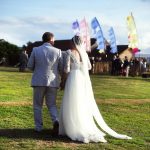 How you can still enjoy your dream day in the midst of an international pandemic. 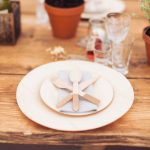 Going Green with Festival in a Box 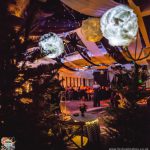 Immerse yourselves in our world 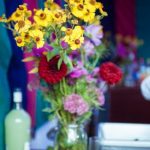 We love Spring. It stops us missing Winter. 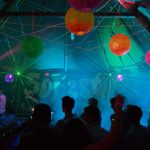 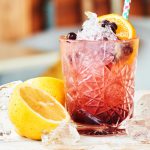 Cocktail of the month: The Blackberry Bramble 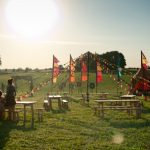 A moment to pause and reflect 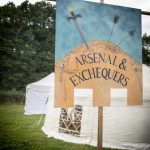 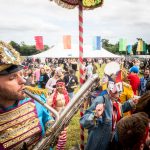 How you can still enjoy your dream day in the midst of an international pandemic.

Going Green with Festival in a Box

Immerse yourselves in our world

We love Spring. It stops us missing Winter.

Cocktail of the month: The Blackberry Bramble

A moment to pause and reflect

This website uses cookies to improve your experience while you navigate through the website. Out of these, the cookies that are categorized as necessary are stored on your browser as they are essential for the working of basic functionalities of the website. We also use third-party cookies that help us analyse and understand how you use this website. These cookies will be stored in your browser only with your consent. You also have the option to opt-out of these cookies. But opting out of some of these cookies may affect your browsing experience.
Necessary Always Enabled
Necessary cookies are absolutely essential for the website to function properly. These cookies ensure basic functionalities and security features of the website, anonymously.
Functional
Functional cookies help to perform certain functionalities like sharing the content of the website on social media platforms, collect feedbacks, and other third-party features.
Performance
Performance cookies are used to understand and analyze the key performance indexes of the website which helps in delivering a better user experience for the visitors.
Analytics
Analytical cookies are used to understand how visitors interact with the website. These cookies help provide information on metrics the number of visitors, bounce rate, traffic source, etc.
Advertisement
Advertisement cookies are used to provide visitors with relevant ads and marketing campaigns. These cookies track visitors across websites and collect information to provide customized ads.
Others
Other uncategorized cookies are those that are being analyzed and have not been classified into a category as yet.
SAVE & ACCEPT